I love how eyewear brand Oliver People's is using film to define their brand.

The sexy Autumn de Wilde short, “Les enfants sennuient le dimanche”, already caught my eye, and they've also collaborated with Robert Evens and Zooey Deschanel. The style of these films are different, but together they communicate a strong message: vintage, classic Hollywood:

Catch A Tuesday from Oliver Peoples on Vimeo.

Now, for the 50th anniversary of TO KILL A MOCKINGBIRD, they have created an Atticus Finch frame. The idea actually came from the Gregory Peck's son, Anthony, who is donating proceeds from the sales to the Los Angeles Public Library. 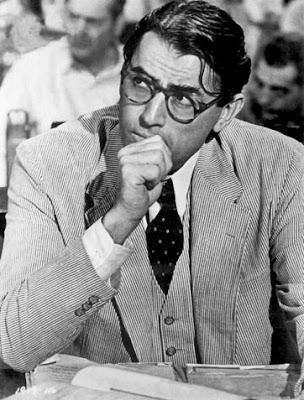 Now if they really want to impress me, they will create a fund for independent short filmmakers next.

photos: Courtesy of Anthony Peck and Oliver People's
Posted by film is fashion at 10:14