"Boy, you so dumb, you probably think Veronica Lake is some sort of summer resort." - Bad News Johnson

"You know how her father is, he's slower than molasses in January." - Barbara 'Honey Dew' Holiday

I don't usually write about the films whose titles I use for the fonts I collect on fridays (they are usually just bad puns that make me giggle), but I'm just so excited to have discovered Spencer Williams.

Williams, who also stars in the film, worked for the white-owned production company, Sack Amusement Enterprises, directing all-African American films for segregated theatres in the forties. I can see how his series foreshadowed the blacksploitation film trend that was to follow two decades later.

I can't wait to track down his other films, if only to practice my southern jive-talk. 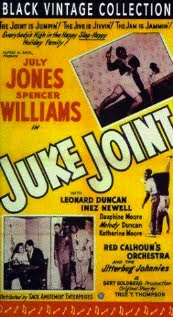